Last month, I went to the Philippines for two weeks. Although I already had started my new job not long ago, I could still go as this trip was planned more than six months ago. My best friend and I met in Manila, where we stayed at the Knightsbridge Residence in Makati, through Airbnb. Unexpectedly, we didn’t feel the effects of the jetlag, and went out with my friends. First stop was 71 Gramercy for the view. Then we headed to a club in Fort Bonifacio, Hyve, but didn’t like it. We went to Valkyrie after. There, the party finally begun. After a few hours of sleep, we rushed to the airport: Coron, here we go!

Coron, Palawan, is very easy to reach. Just take a plane from Manila for an hour (we took Cebu Pacific Air) to Busuanga, Coron.

As we arrived at the airport, still tired and confused, we wondered how to get to our hotel. I had requested on the booking form a van transfer, but hadn’t confirmed anything in the meantime. As we went outside, my best friend saw it. There! My name was held by someone and we had a van ready for us and other people. That was convenient. Less than 30 minutes later we reached our resort, Asia Grand View Hotel. The staff was very accomodative and brought us to our room. It was big and clean. As we were hungry, we decided to have some lunch first, before lazing by the pool. We asked at the reception about the activities, and we were all sorted for the next 3 days.

On the second day, we woke up early for our island hopping tour. At the hotel, the tour was depicted as Tour A, but in town this would be equivalent to the biggest/most complete tour.

As we went on our boat, we discovered the beauty of Coron. 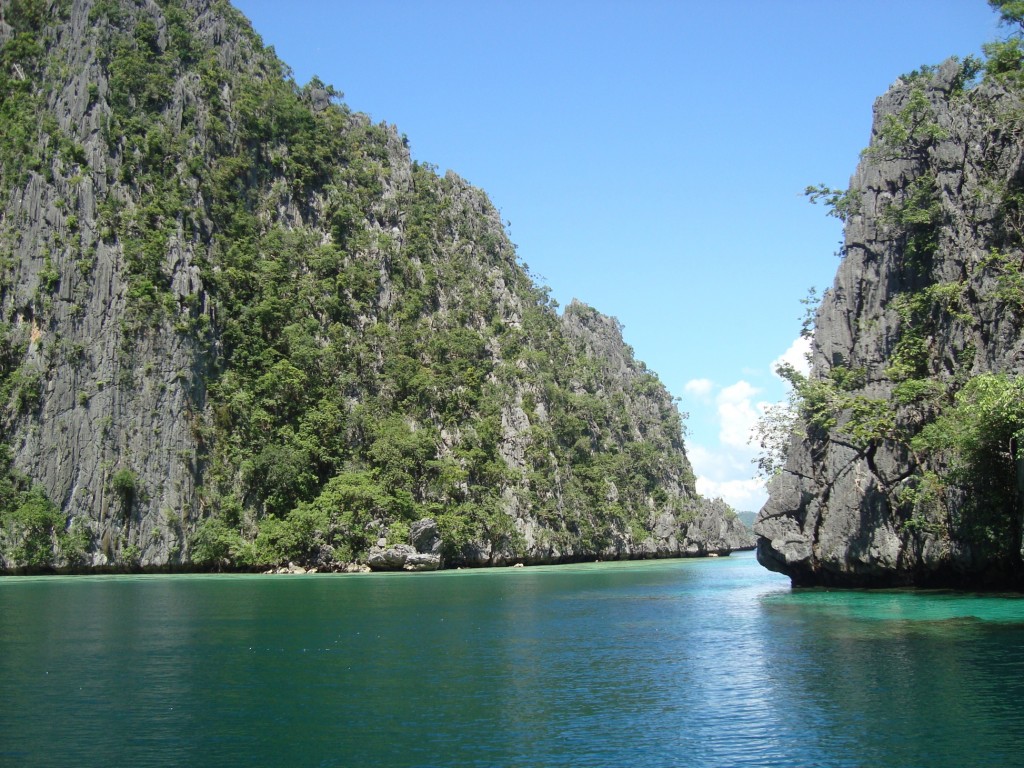 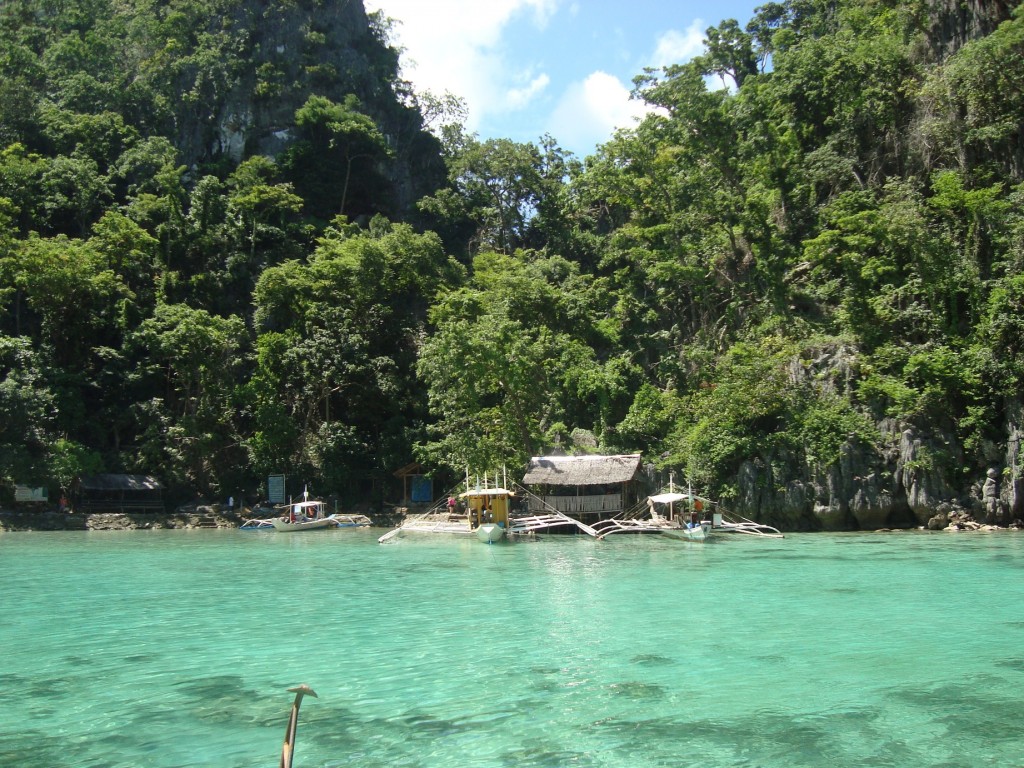 We reached this amazing place, where you had to climb quite some stairs (150!) before having an outstanding view (photo to follow later). Then you had to walk  up the other side and walk down to Kayangan Lake. This lake is specific in the sense that it has a mix of 70% fresh water and 30% salt water.

We swam there for a bit, but except for a lot of fish, we didn’t find anything so special about the lake itself. Yet, it is still one of the cleanest lake in the Philippines and its back drop is majestic. 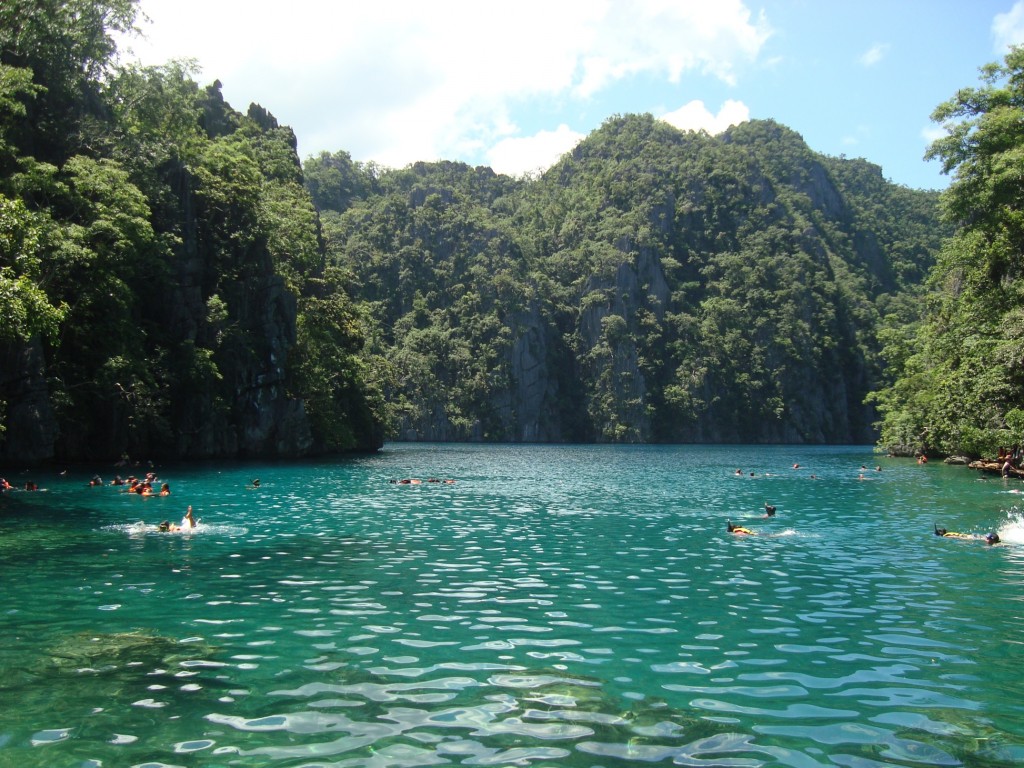 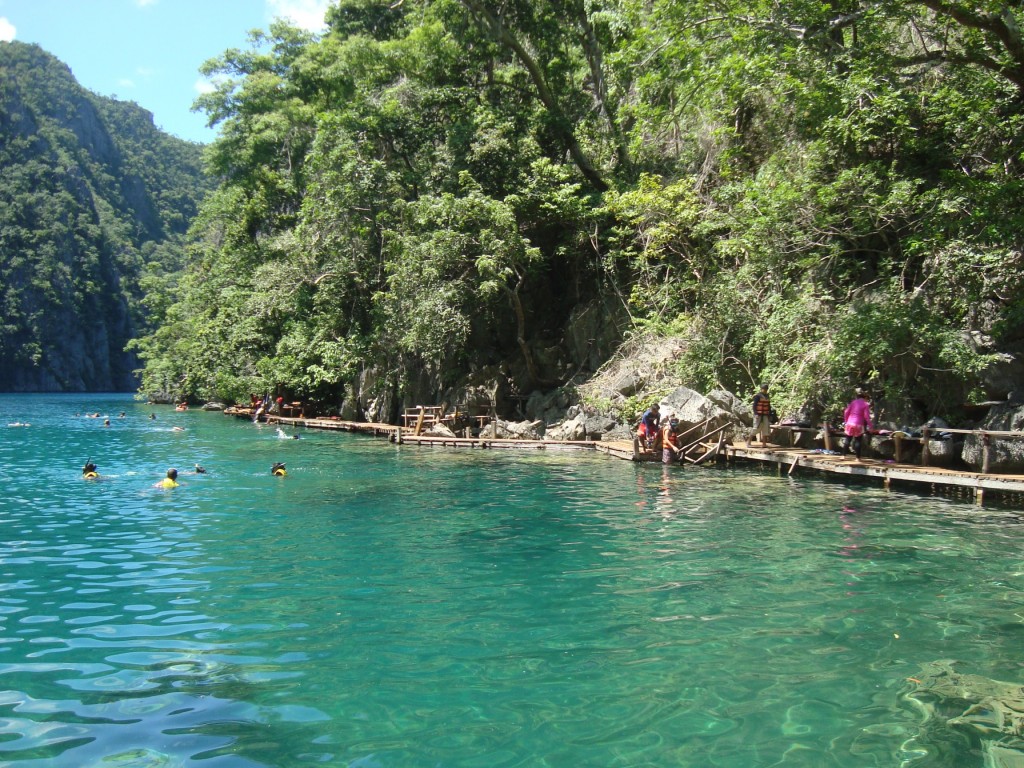 In the next post, you will know more about the following day, when we went diving and the last day when we discovered a bit of Coron town itself. So stay tuned!