After Coron, my best friend and I stayed a day in Makati, where we litterally shopped til we dropped. We had so many bags walking around, when we stopped and put them on the floor, a man passing by asked us if it was our birthday. Aha. Anyway we also indulged in a massage at The Spa, Greenbelt 1. Their ginger tea is to die for.

On the Thursday morning, we flew to Boracay. Well, we nearly missed our flight since our names were called out at the airport. We were the last passengers to board! Oops.

We arrived at our hotel, White House, in station 1 and decided to roam around for lunch. 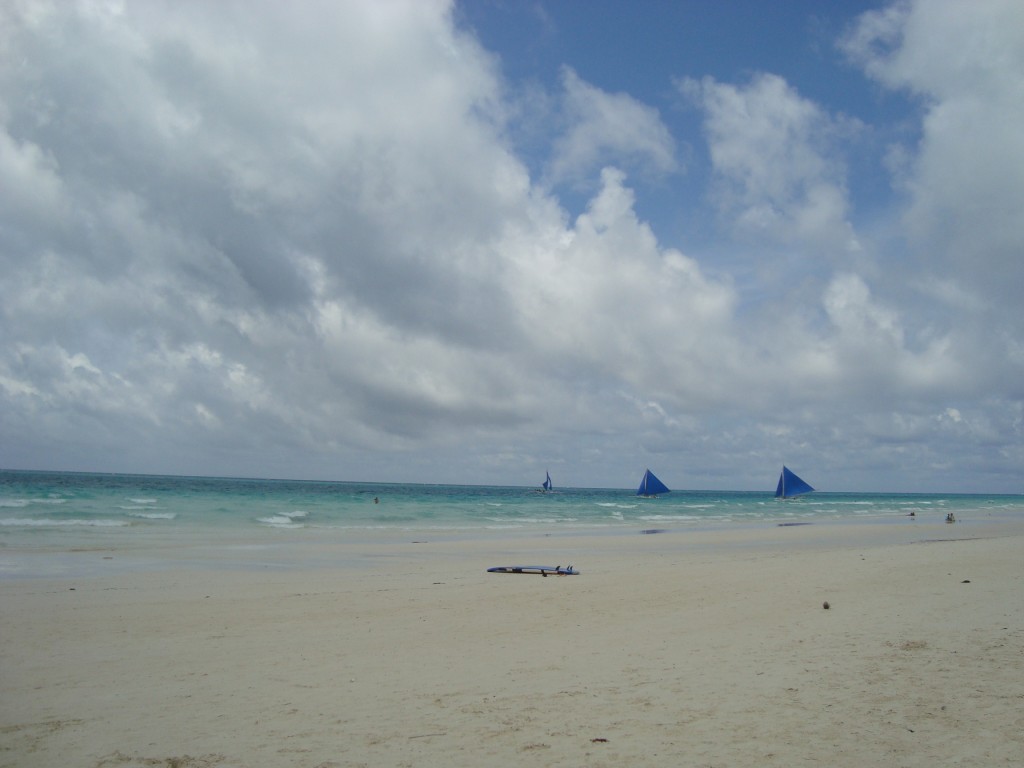 The sun was hiding 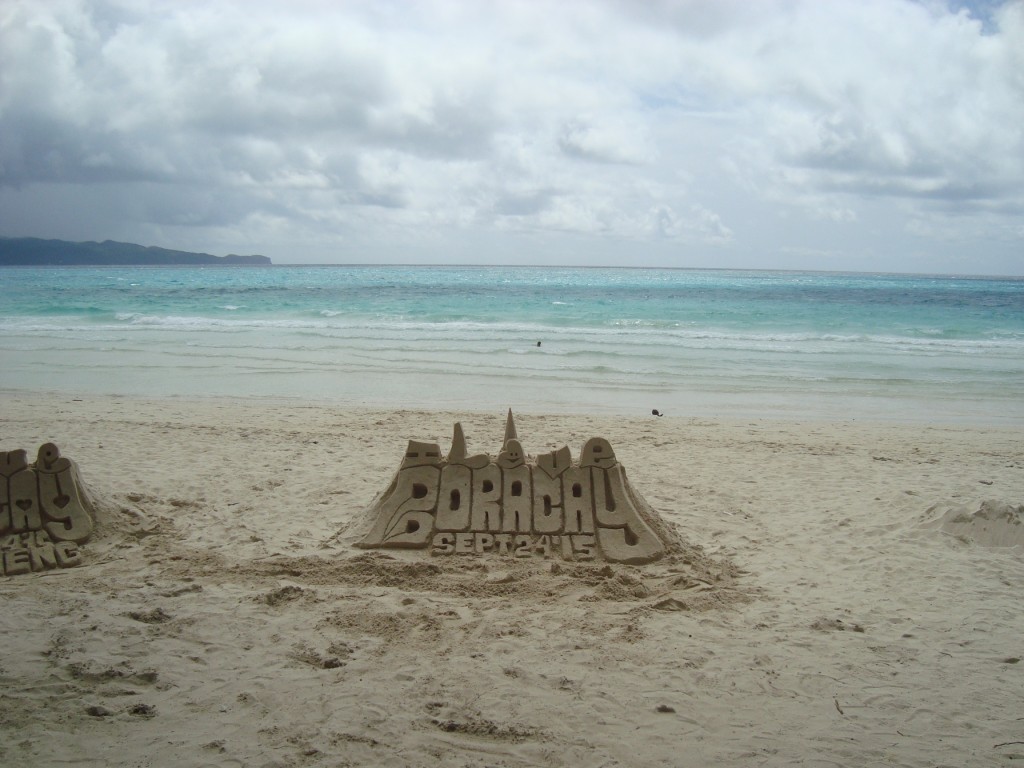 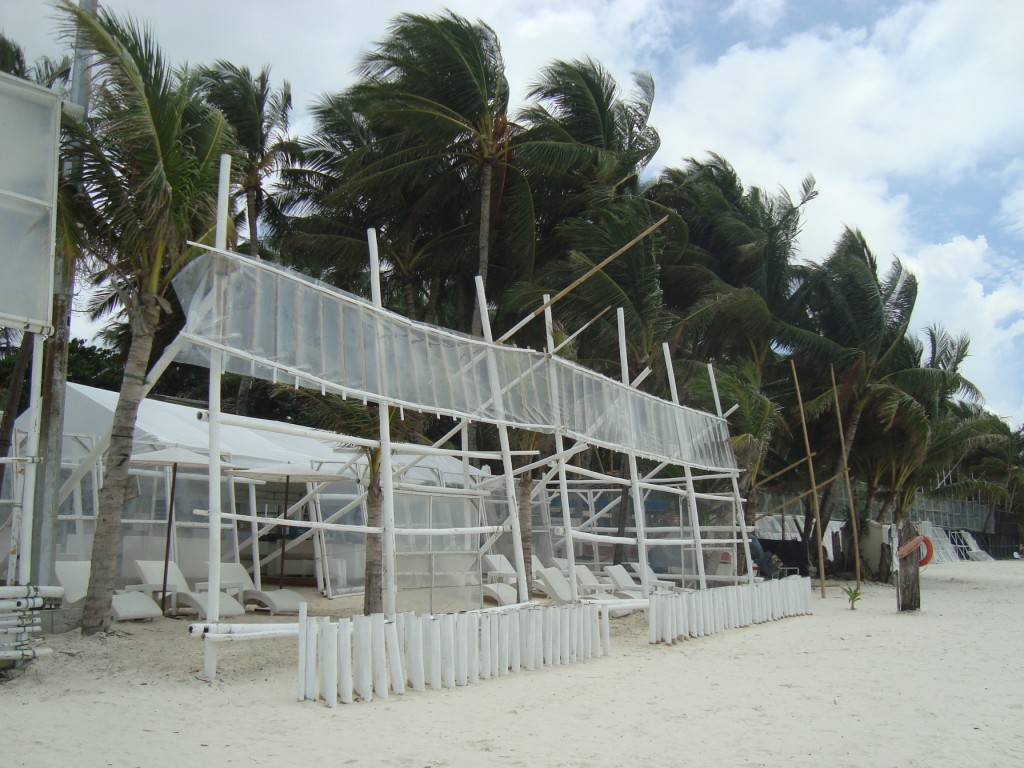 It is a bit windy at that time of year, this is the front of White House

We were starving. We then met my friend at Station 3, and since she is living on the island, she showed us the ‘non-touristy’ side of Boracay. We chilled at the very end of the Station 3 beach, away from the crowd.

We stayed at the front beach of the Asya Resort. 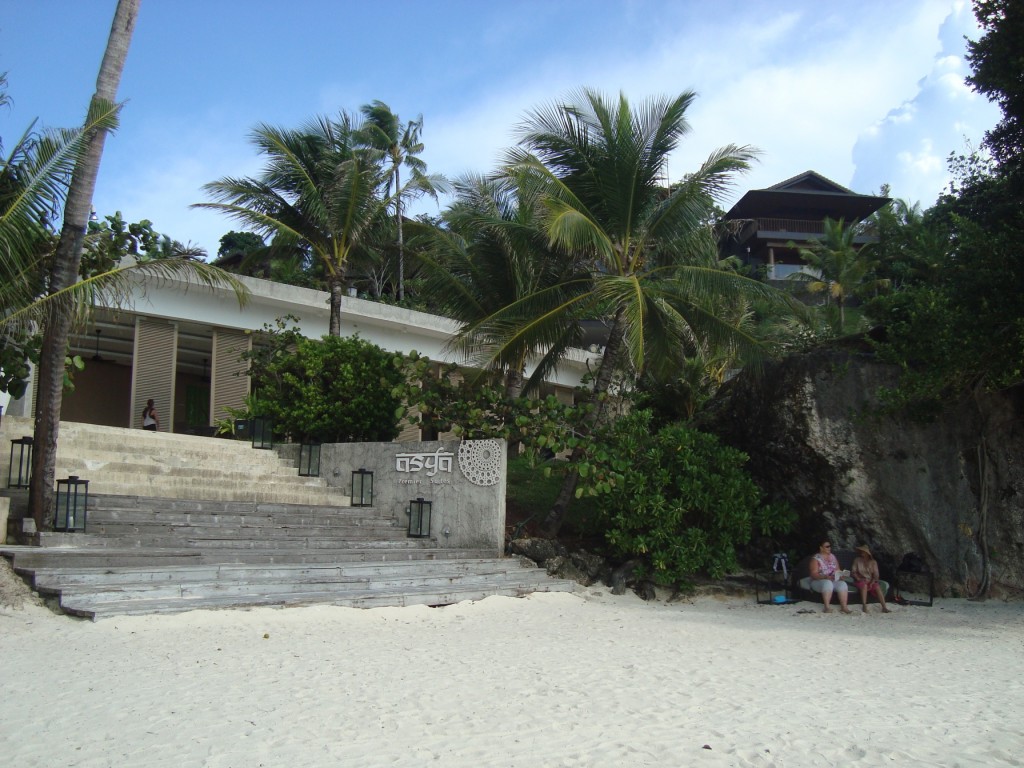 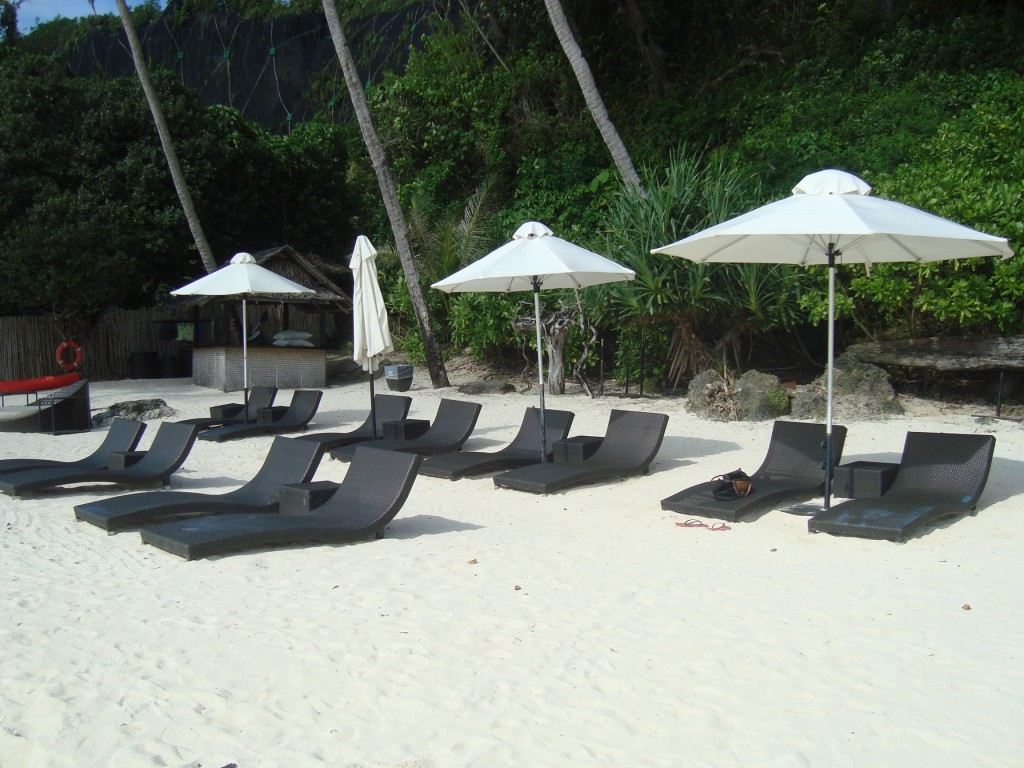 Our comfy bed suns, we also enjoyed some drinks

On our second day, we went sailing with the Red Pirates. 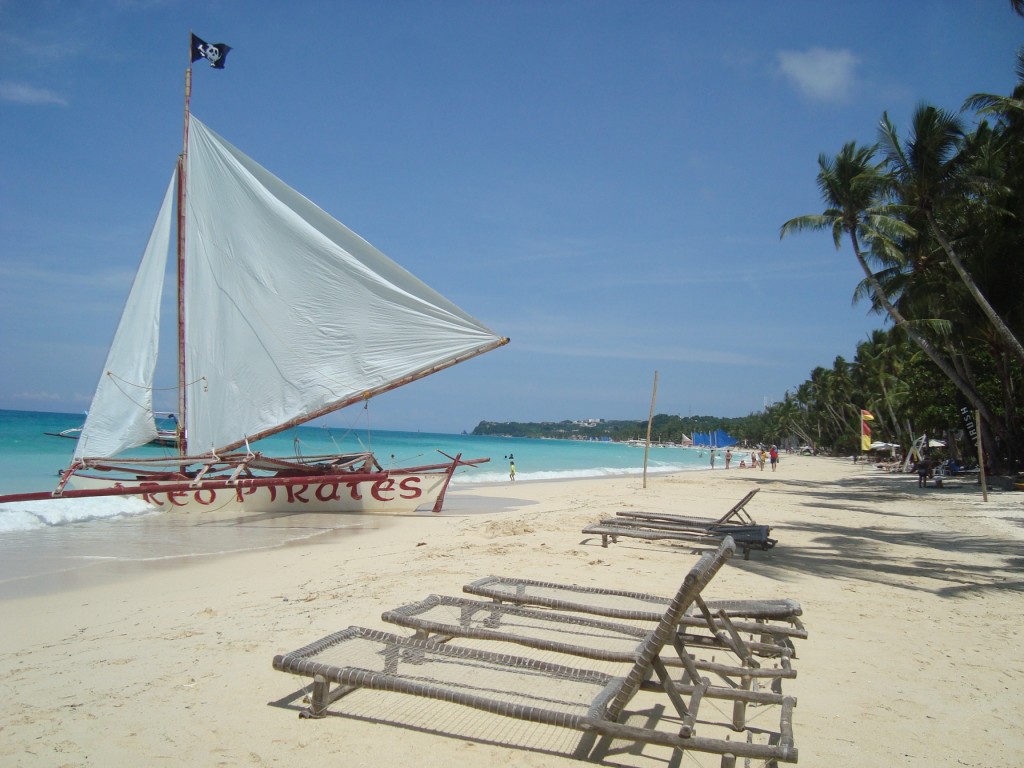 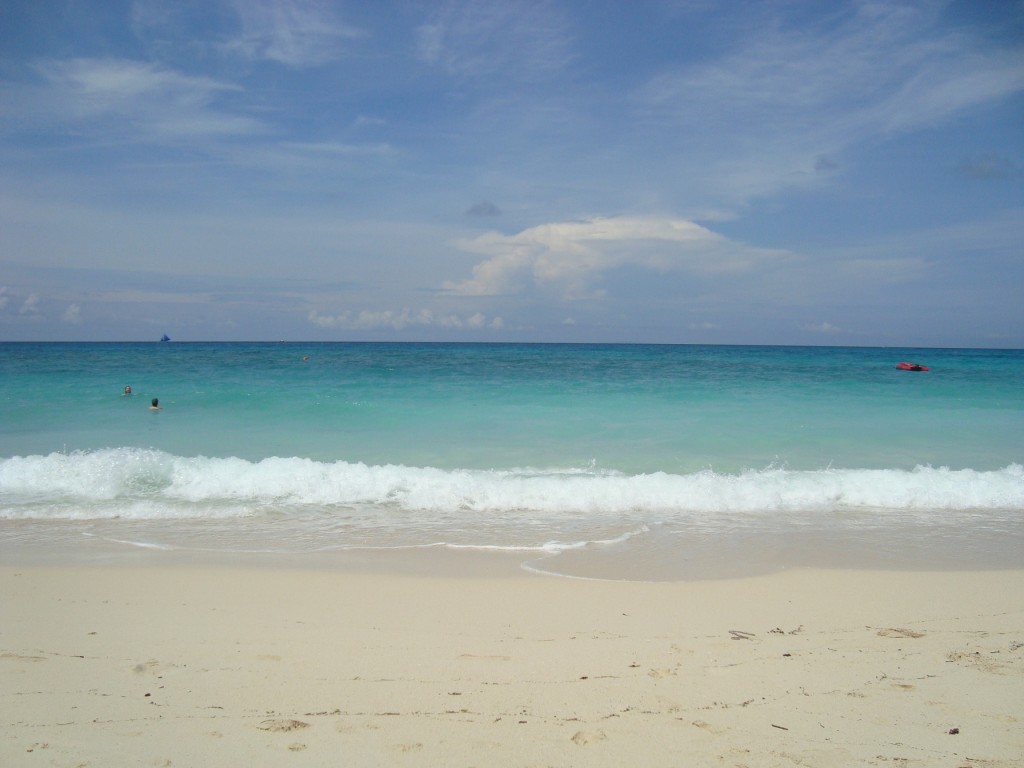 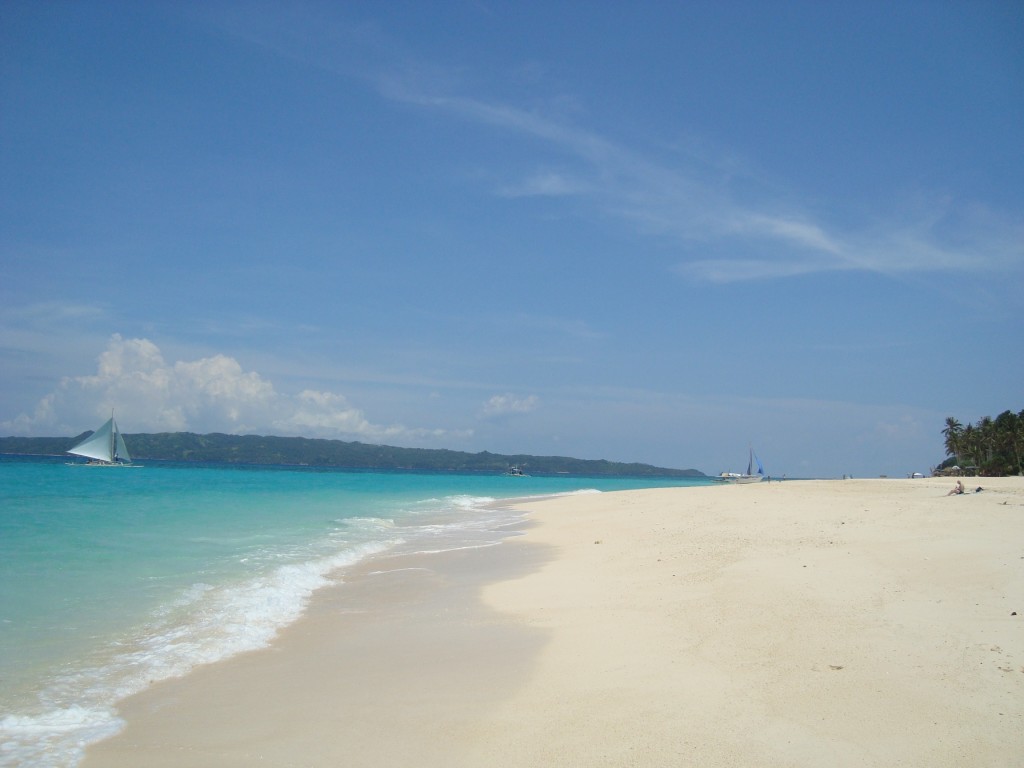 We sailed until Puka beach, where we had our barbecue lunch. The water was amazingly blue. The sand, at places, was only formed by many small sea shells. ‘Puka’ means shell in tagalog.

At night, we ate at Ti Braz, on Station 2. They serve delicious Filipino food but also French crepes. And, yes they are good! Really, the best crepes on the island. We headed for some drinks at Aplaya bar. There are also some beach clubs, but we didn’t stay long.

We also went to some secret places, which I won’t mention on the blog.

On our last day, we chilled at the front of our hotel, but the weather was not very friendly… 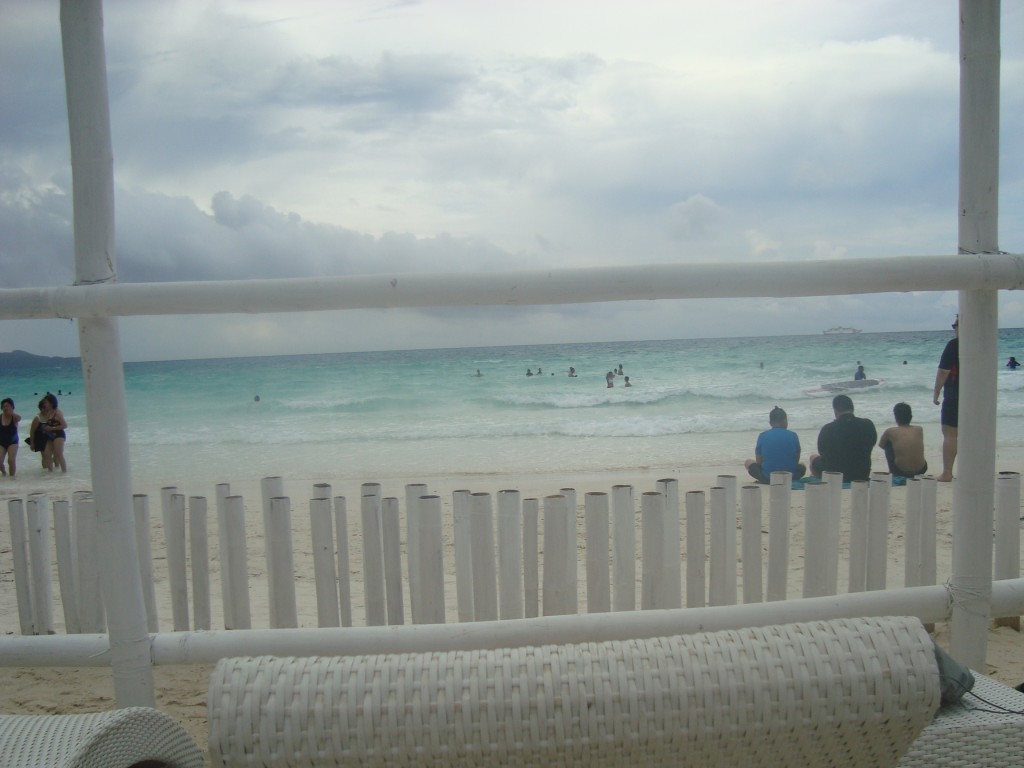 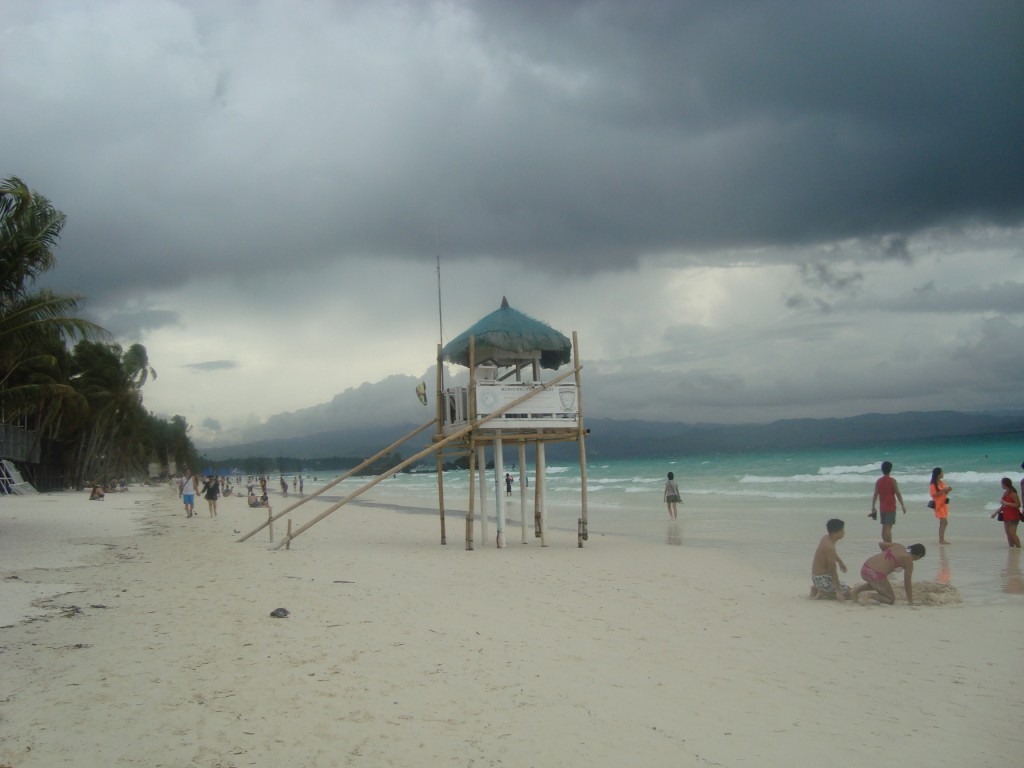 We decided to have lunch at Discovery Shores on my friend’s recommendation. It was really good!

Boracay was amazing, the sand is still white, the sea is clean. But there are much more tourists, and a lot of sellers/vendors, which are a bit harassing, especially walking from Station 1 to Station 2. There are so many Koreans coming to Boracay, that you can see a lot of Korean signs and even people talking Korean (massagi massagi). The place was a bit crowded despite being low season. I just hope that they will preserve the beauty of the island, because right now constructions are everywhere and the island is being destroyed little by little…